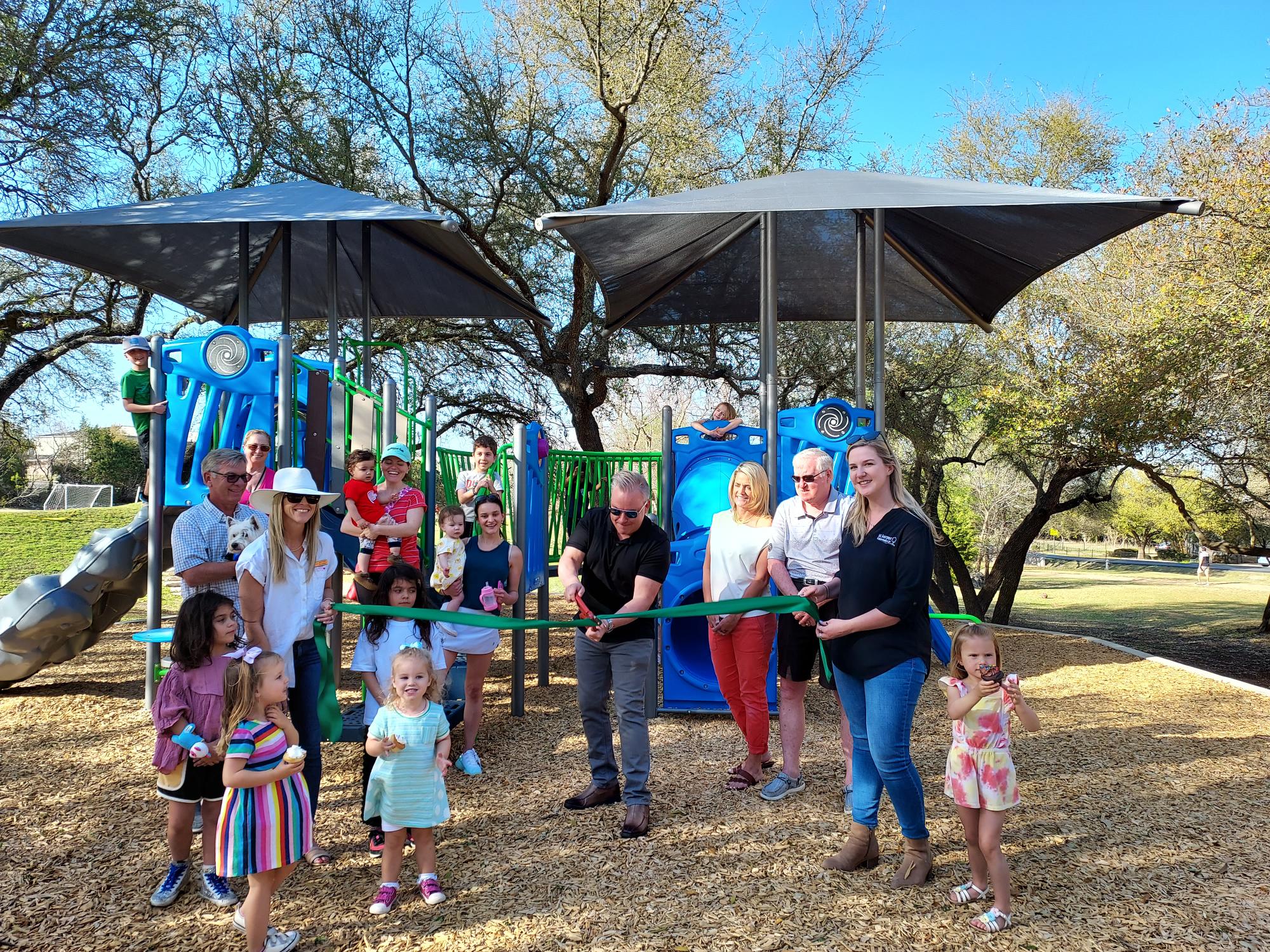 Our beautiful new playground is open! 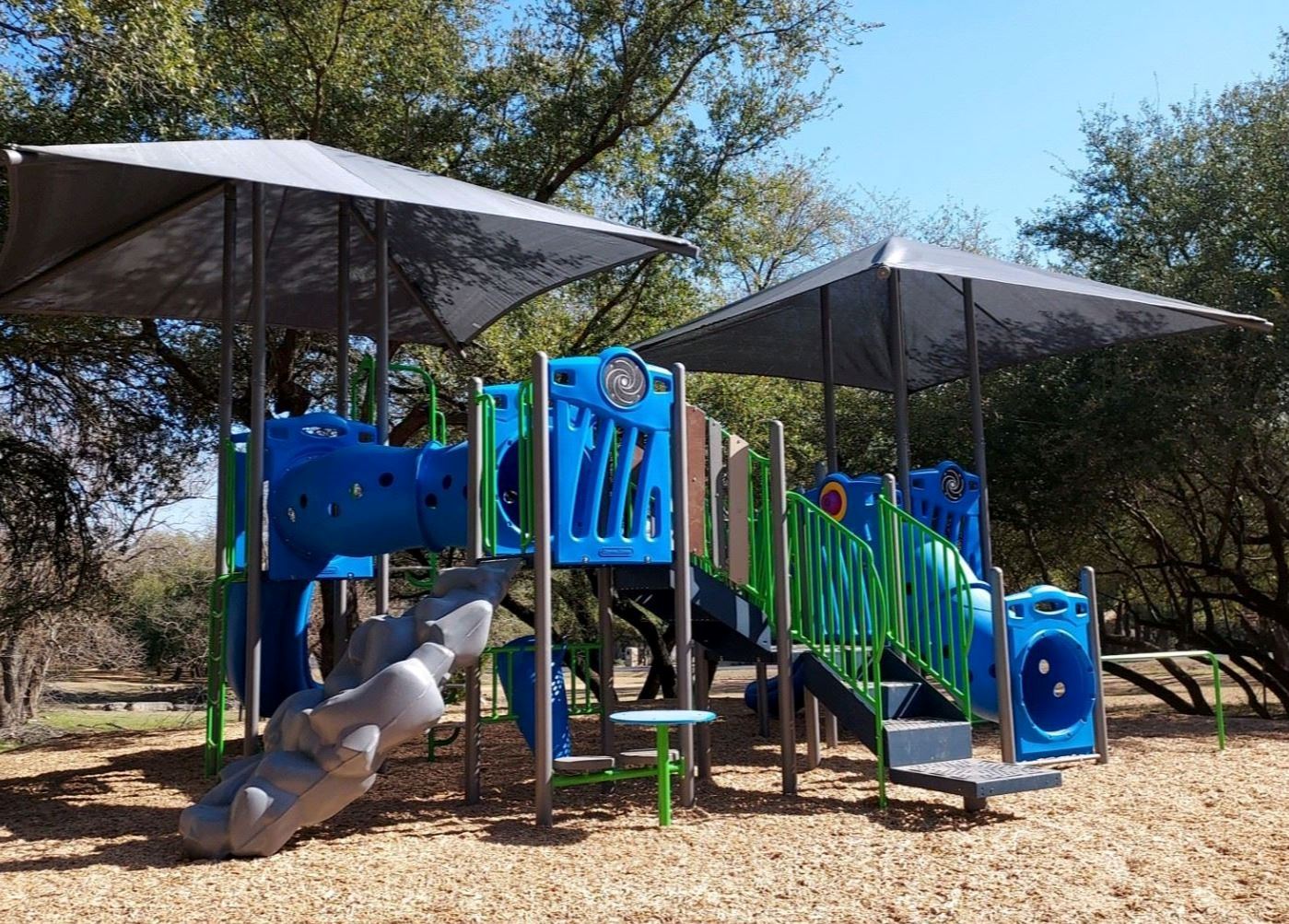 Meet the Parks and Recreation Commission

The Hills Park address is 2 The Hills Drive.

The land which comprises The Village Park and Nature Trail was originally planned as a park by the developer but in the ensuing years the property became a dumping ground for landscape and building contractors. In 1998 it was recognized that an important asset was going unused and a park board was created of representatives from the City Council, POA, and the Hurst Creek MUD.

Various fundraisers were held including a picnic, a Friends of the Park Campaign, a celebrity golf tournament and a chili cook-off. Construction debris was cleared and a vision for the park was born.

A fund drive was held which raised $106,482 from residents and businesses. Peter Hitt designed the pavilion and restrooms; Johnny Fields, a Lakeway resident provided the working drawings; and Carl Morris, a contractor living in The Hills, supervised the project for $1 construction began in January 2002 and was completed in March 2002.

The new amenities were dedicated in May 2002. 2003 saw fund-raisers for picnic tables, a drinking fountain, grills, trash containers and a playscape. With donations from residents and funds from the City Council, the playscape was completed in early 2003. Funds raised through a golf tournament in 2004 led to the installation of a basketball court.

Ongoing efforts include beautification, maintenance of the road and walking path, and leveling and mowing of grassy areas. The park is funded by the City Council (through property taxes), donations and fund-raisers. Donations and memorials are always welcome.